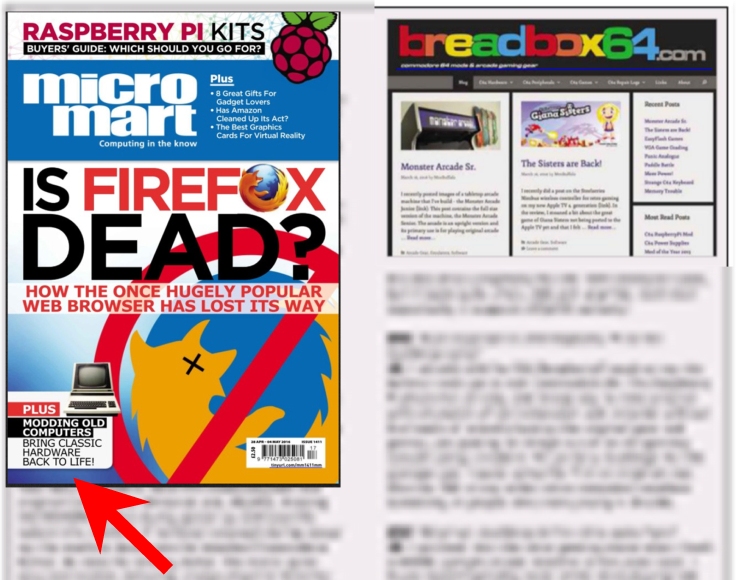 This week’s issue of Micro Mart has an article by David Crookes titled: Mod Your Computers. The article is about how and why people are modding their computers and especially the old ones like the Amstrad CPC, ZX Spectrum and the Commodore 64. And guess what, breadbox64.com has contributed with info on how to mod the latter computer 🙂 They even brought a picture of the site with the Monster arcade Sr. (link) and The Sisters are Back (link) posts! Nice 😉

‘Micro Mart is the UKs only Weekly IT magazine. It is full of news, reviews, features and bargains. Written in an accessible style, the magazine informs, entertains and involves enthusiasts of all ages and shares our passion for computing with them in a humanized and opinionated manner. In short, it’s a weekly home for computer enthusiasts, regardless of age, location or expertise. It’s fast, responsive, and – over 20 years after it launched – still the place that enthusiasts look first.’