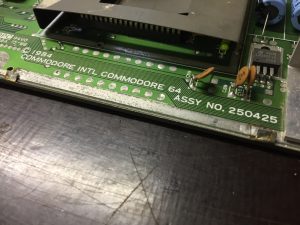 The start screenup was normal but there was no Serial Port access. Loading a game from diskette would stop with the ‘SEARCHING FOR $’ message’ without the diskette drive motor responding. 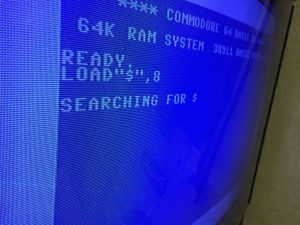 The board had quite a few repairs done before I got it (e.g. it had custom Kernal and Character ROM’s with Danish characters). 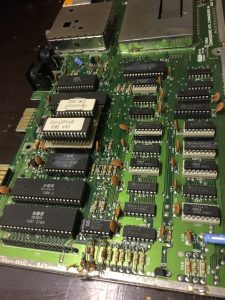 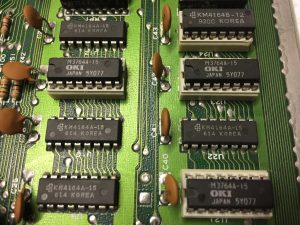 The MPU at U7 had been replaced with a MOS 8500 that are usually found on the short boards (e.g. the Assy 250469’s). Before moving on I replace the MPU with the correct MOS 6510 chip. The 6510 and 8500 MPU chips are interchangeable, but I only use that option for repairs and would not recommend it for a permanent solution. 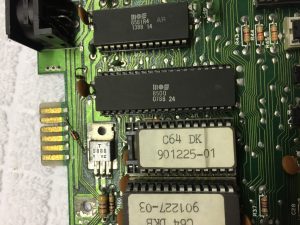 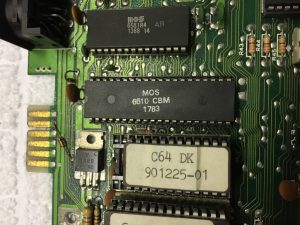 The 64 Doctor cartridge indicated a fault in the Kernal which was expected due to the custom Kernal in this machine. 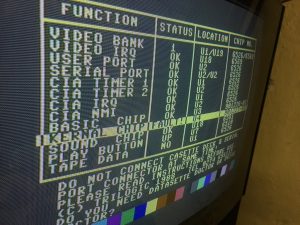 Well, to get on with the repair, I started measuring the protective circuit diodes (1N4148 diodes) of the Serial Port which are located close to the 7406 logic chip at U8. These diodes may affect the function of the Serial Port as in this repair job (link). 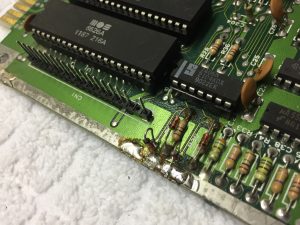 I quickly found one that was givning me very low voltages when measuring it with the voltmeter of my multimeter. After a replacement the particular diode still gave me very low values indicating that it was still shorted. 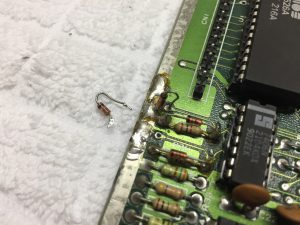 I then replaced the 7406 logic chip at U8 as this was already socketed. This instantly gave me a higher voltage on the previously replaced diode indicating that the 7406 chip was faulty. 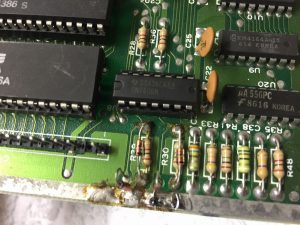 …and after testing it with a diskette, the Serial Port worked again and the machine had been repaired. 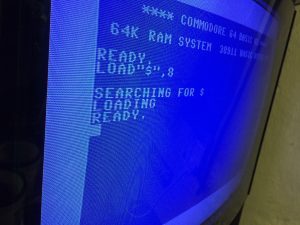