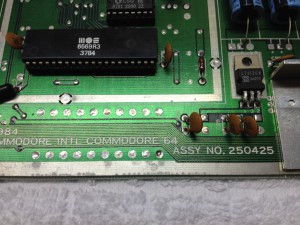 At startup, the screen would be completely black. The board was getting power so I ruled that one out. As most of the big chips on the board had been socketed, I removed the SID (6581),  swapped the VIC-II (MOS6569R3), the 8701, the MPU (MOS6510) and the CIA’s (MOS6526) with known working ones to rule those ones out as well. Still a black screen. I then desoldered the PLA, mounted a socket and exchanged it with a fresh new one. Now I was seeing something on the screen: 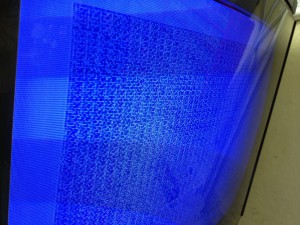 The scrambled screen looks alot like something I’ve seen before on a repair job I did on a C64C short board (Assy No. 250469 Rev. 4). On that board the problem was related to the CHARACTER ROM. So I put in a multirom IC I have bought on Ebay which holds the BASIC, CHARACTER and KERNAL ROMs. Each of the ROMs can be chosen using the small caps on top of the PCB. I like using it for faultfinding. 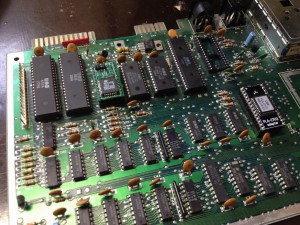 It’s the little green PCB located next to the CIA’s on top of the board. 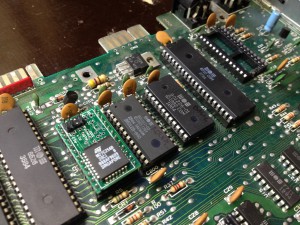 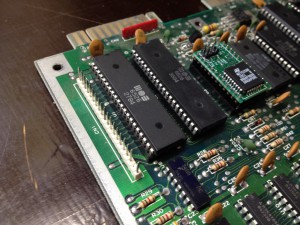 However, the result was the same – the screen was still scrambled.

U13 and U25 (74LS257 or MOS7708) are two logic chips which can cause a blank screen or a garbage screen. Especially the MOS77xx series chips have a high failure rate. I therefore decided to give that a go as I had a couple of new 74LS257’s in my spare box. 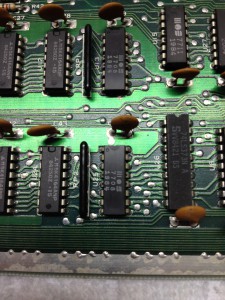 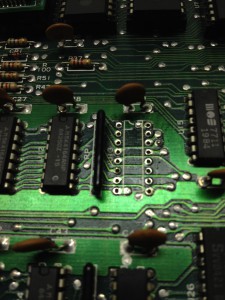 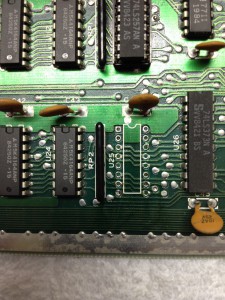 Well, that did not help either. The screen was still scrambled and I just wasted 25 minutes… 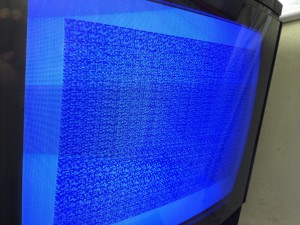 I then scratched the back of my head and left the work bench for a while. When I came back, I took at closer look at the CHARACTER ROM again. It should be at U5, but that’s were the BASIC ROM was located at…???? For some unknown reason (I think I know who to blame, though…) I had exchanged the locations of the CHARACTER and BASIC ROM ICs when I started the repair job. Shame on me! 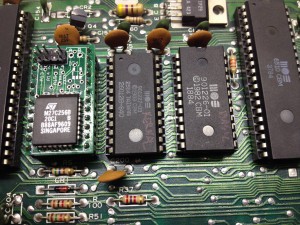 Now the CHARACTER ROM is at U5 and the BASIC ROM is at U3. Exactly were they are supposed to be! 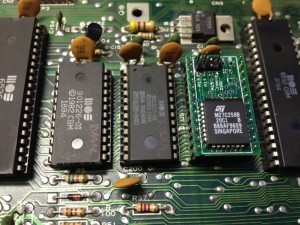 And that’s how the machine was cured! 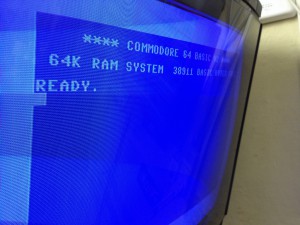