This machine is an Assy No. 250407 Rev. B long board.  At startup, the machine had a black screen indicating a faulty PLA chip. 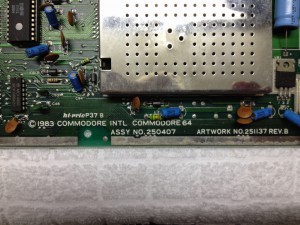 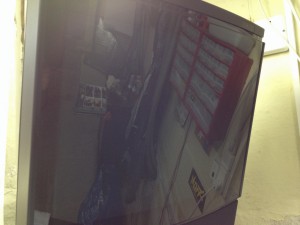 On this board the PLA is located near the rear of the board (U17). First the old chip was cut off using some pliers. The pins were then removed one by one using a hot soldering iron. The remaining solder was removed by using some soldering braid. Finally,  I used some isopropyl alcohol to remove any residues that were left on the board. 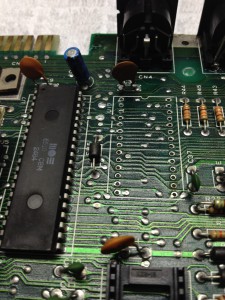 Unfortunately one of the copper traces got pulled put when removing the pin (the 6th hole from the bottom, right column). When I soldered the socket in I double checked that I still had a functional connection from that pin so I would not create a new fault that would be hard to fix later. luckely everything was connected correctly! 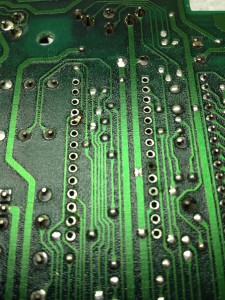 As PLA chips are hard to find or really expensive (and will eventually burn again), I usually replace them with a more modern alternative which runs much cooler and are a lot cheaper. I got a pretty cool looking black version on Ebay. 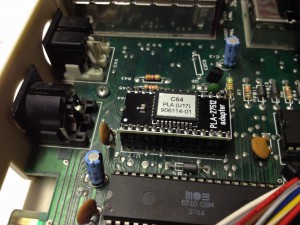 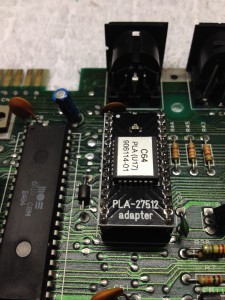 An then the result of all my efforts! A nice blue Commodore 64 screen. 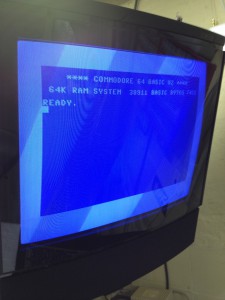