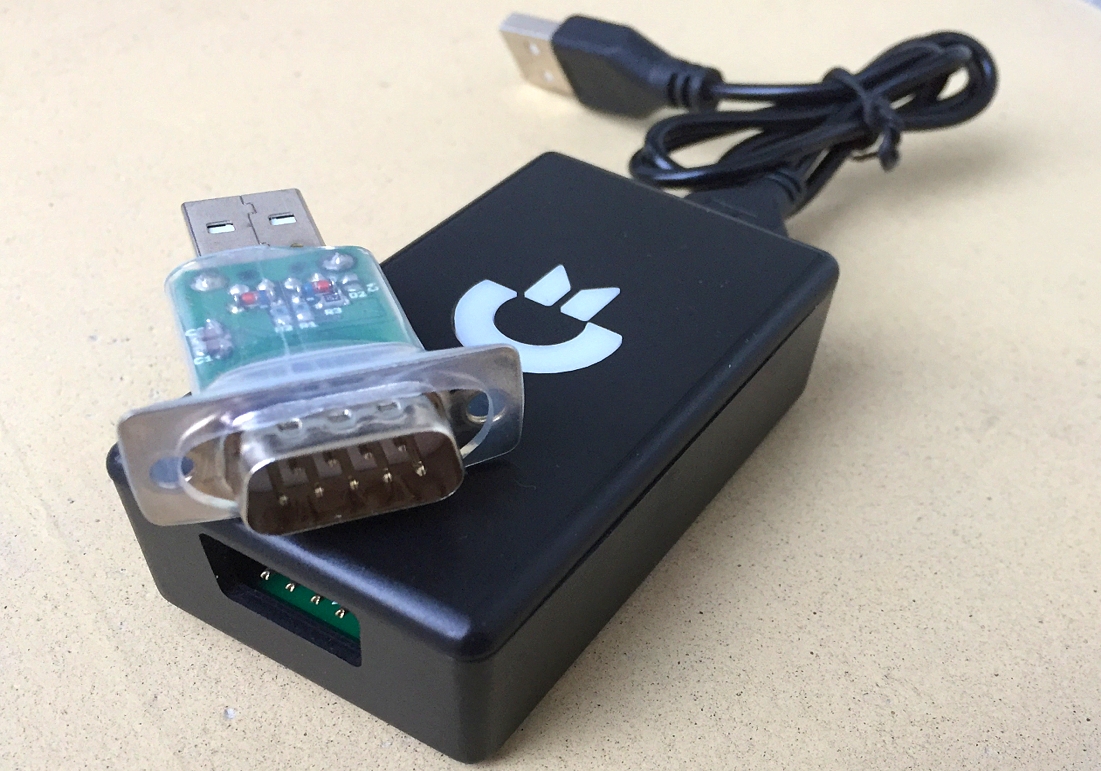 Some people find it tedious to fiddle around with the good old Commodore 64 hardware but would still like to play some of the old games. They don’t mind playing the games in an emulator, as long as the joystick is one of the originals, e.g. the Competition Pro or my personal favourite the ZipStik (link). If you find yourself in that category, this post may be of interest to you!

In order to use one of them C64 joysticks (without having to deal with old school video cables, floppy disks and ancient BASIC commands), an USB adapter may be the solution. This way the old games can be played using emulators like Vice or CCS64. The adapter simply plugs in between the joystick and the USB port of a modern computer. I have two of these USB-to-Commodore 64-joystick-adapters. Mounting the adapter is quite simple: the old C64 joystick goes into one end, while the other goes into an open USB port. My two adapters look like this:

They don’t need special drivers and should therefore work out-of-the-box. I have tested them on Windows XP, Windows 8 and Windows 10 machines without problems.

The first one is from an Ebay shop called Despegatop and the device costs around 35$ plus shipping from Spain. The device comes in a nice black box with the Commodore logo on top. The inside of the box holds a PCB and a blue LED which lights up the Commodore logo when attached to a computer. New school meets old school…Nice…!

I got it working with Vice this way: Go to Settings → Joystick Settings… → Joystick in Port #1 or #2 → Retro Adapter. I used fire button 0 (zero). As the CCS64 emulator interface is a little different from Vice, the joystick setup is also different. Setting up the Retro Adapter looks like this in Vice…

After setting it all up, the device worked without any problems at all. It is responsive and just as fast as playing on the real Commodore 64 hardware.

The second USB adapter is made by the German based company 16xEight Digital Retrovation (link). Their device is called the aJoy Nano. The company sells several Commodore 64 based hardware add-ons including the Super VIDEO Board (link) and the SD2IEC Mini (link) which I have reviewed previously. The aJoy Nano should work on most operating systems and it costs around 18$ plus shipping from Germany. The aJoy has a 9 pin socket soldered onto a small PCB with a standard size USB plug. Everything is held in place with some transparent shrink wrap. The device is quite small and the 9 pin male socket is used for plugging in your favourite Commodore 64 joystick….

After a little persuation of Windows 10, the device was successfully installed. The device could then be chosen in the same drop-down menu in Vice as the Retro Adapter described above. The adapter is called aJoy in the Vice joystick menu. The function of this device is exactly the same as the one described above. Again no delays is noticed during gameplay and it does what it is supposed to do – attaching an old Commodore 64 joystick to a modern day computer.