This machine is an Assy No. 250407 Rev. B long board.  At startup, the screen would show black and white squares all over the screen. 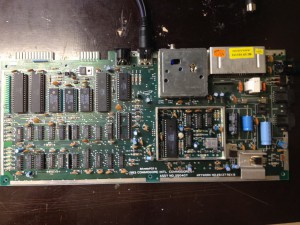 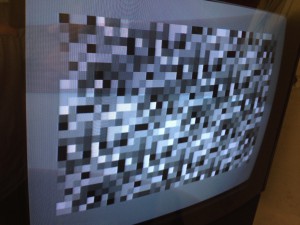 When I swapped the VIC-II 6569R3 graphics chip with a known working IC, the screen turned grey. 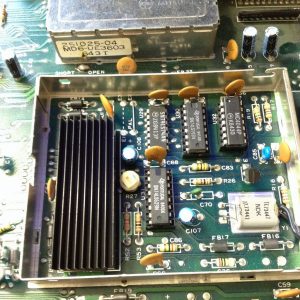 I then replaced the U17 PLA chip and with a SuperPLA V3 that I knew worked. This gave me the ‘out of memory in 0’ error which indicate one or more faulty RAM chips. 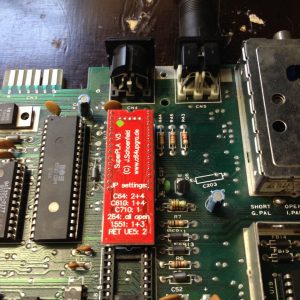 I then used a Dead Test Cartidge to get an indication of which RAM module I had to exchange for at new one. With the cartridge loaded in the bay I turned on the machine. The screen flashed 6 times indicating that RAM IC at U22 had a fault. 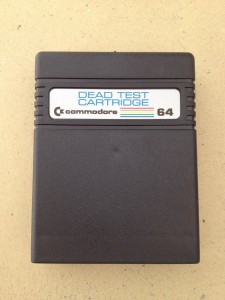 The faulty RAM chip was removed and a new socket were soldered into U22 and fitted with a fresh new RAM chip. After power up, I was greeted with the well-known blue screen with 38911 basic bytes free. The machine had been brought back to life! 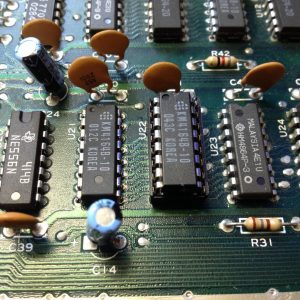