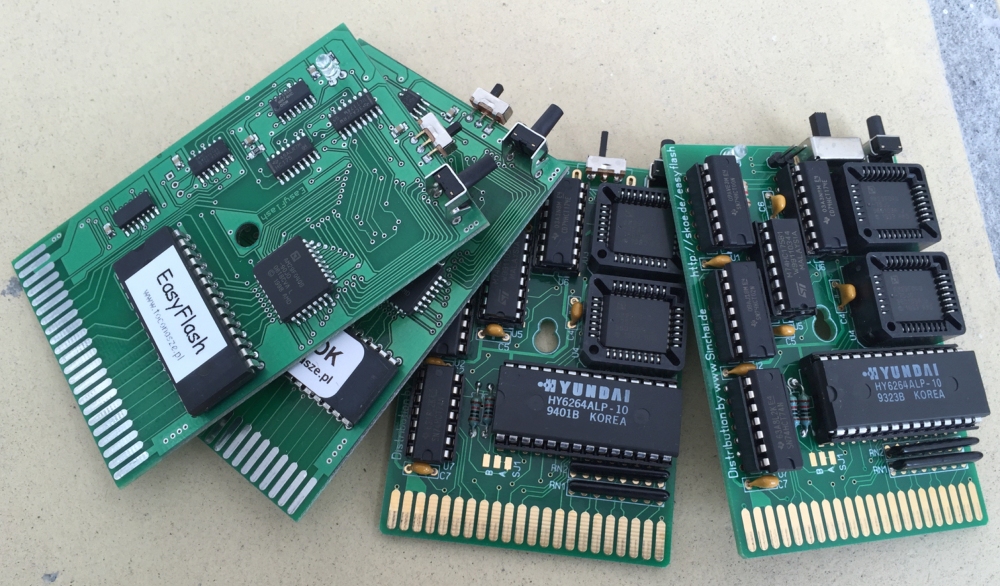 The EasyFlash is a cartridge for the Commodore 64 expansion port and it can be programmed directly from the machine (link). It has an 1 MB Flash memory to which data can be ‘burned’ onto using the C64 as no EPROM programmer is needed. This gives added functionality like saving game progress or adding new functionalities to games. The EasyFlash was created by Skoe (link) and can be found online as kits (which need soldering) or as ready-to-flash PCB’s. I bought two kits from sinchai.de before they closed and two ready-to-flash PCB’s from Poland. They cost around 25-28 US$ each, so it may be cheaper to buy the ready-to-flash version and skip the soldering part!

This is an example of the kit version from Retro Donald. 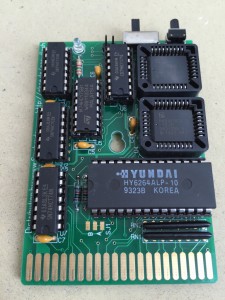 This is an example of the PCB version. 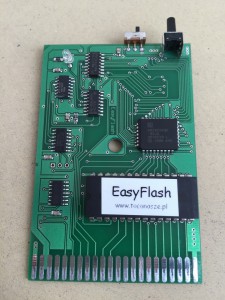 A few transparent cartridge shells/cases were used to enclose the PCB’s. 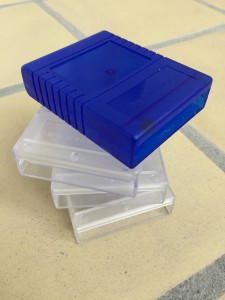 To add a little extra, the cartridges were placed in modified plastic Universal Game Cases with custom made foam inserts from RGCD (link). As evident from the images, home made cover art finished off the looks of the cases… 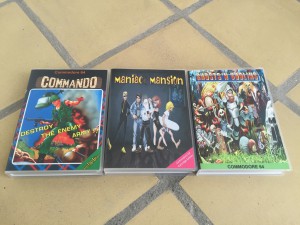 Flashing EasyFlash cartridges is pretty simple. The game files can be found online and saved to a device like a sd2iec (link). The games can then be flashed to the EasyFlash carts with the Easy Programming tool (Easyprog-1.7.0) available from Skoe’s homesite (link). 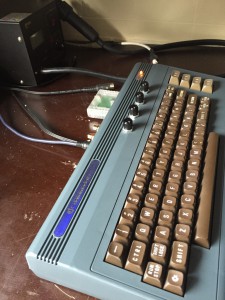 The green LED flashes during the copy process. Nice! 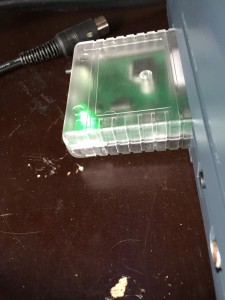 The first game I flashed was Lucasfilm’s Maniac Mansion Mercury (cracked by Onslaught). The EasyFlash version allows saving and loading game progress, it includes a game manual, a map of the house, a game poster and a tribute intro. This game should be on anyone’s top list of EasyFlash games. 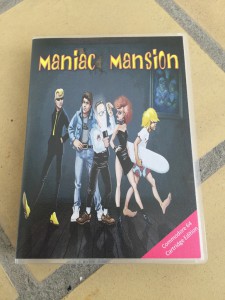 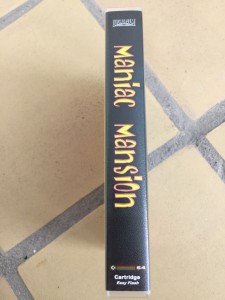 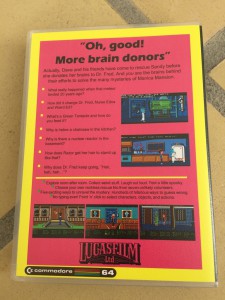 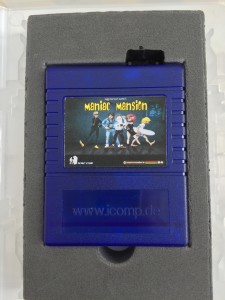 A little booklet was printed with the game manual. 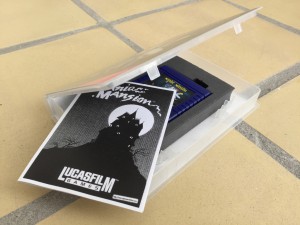 The Commando Arcade SE (cracked by Nostalgia) for the EasyFlash is the classic Commodore 64 game on steroids! The original game only had three levels while the updated EasyFlash version has eight!  High scores can be saved, the game is glitch free, a chopper drops you onto the battle field and picks you up like in the original arcade game. Furthermore, a Game Over sequence has been added and two new sound modes can be chosen. Finally, a loading screen has been added and it is possible to pause the game during game play. This is such an awesome game! 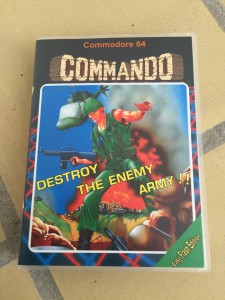 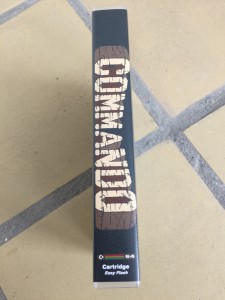 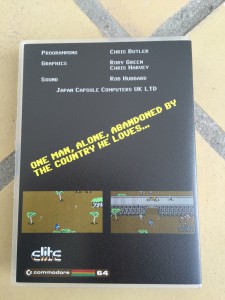 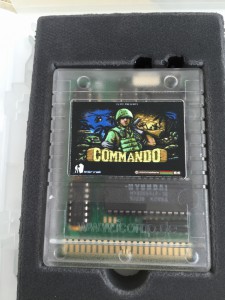 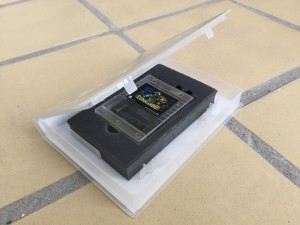 This is another updated classic Commodore 64 game title (cracked by Nostalgia) which takes advantage of the EasyFlash format. The game has added two extra missions, new enimies, new bosses and new sounds. I really liked this game as a kid and this version maks me want to play it even more! 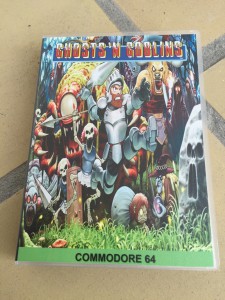 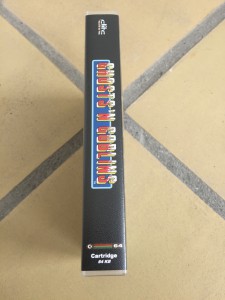 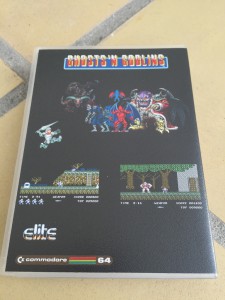 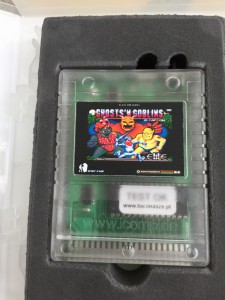 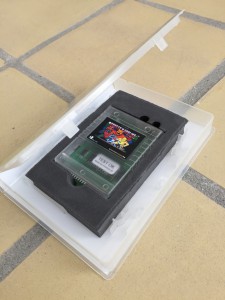 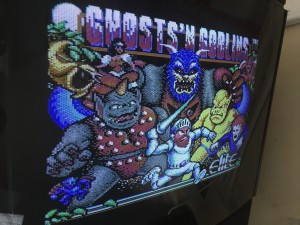 Currently, I have an extra EasyFlash cart that I hope to use soon. So if anyone has the skills to go ‘EasyFlash’ on Bubble Bobble or The Great Giana Sisters, I already have the cases made… 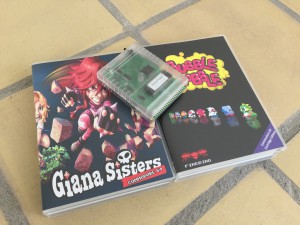 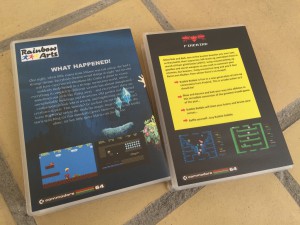