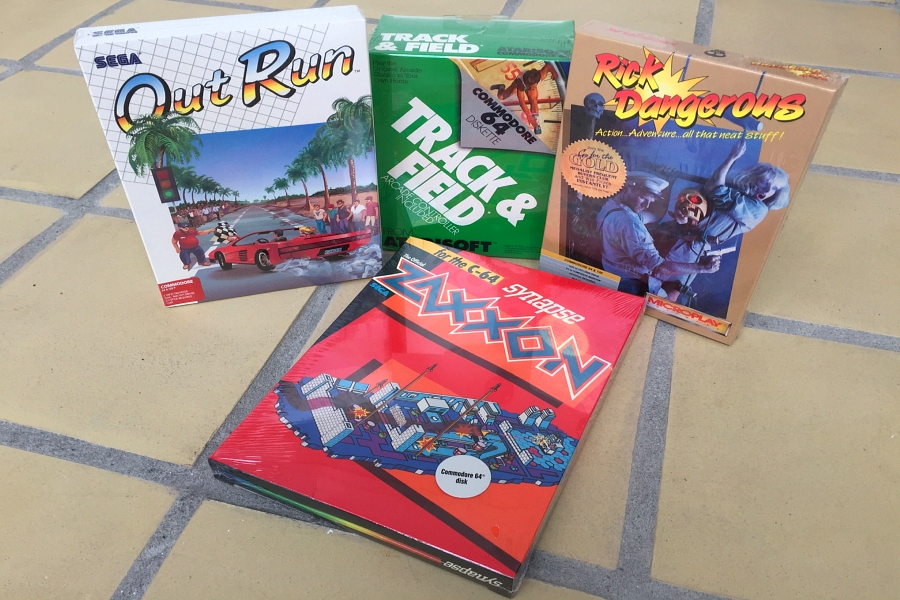 A lot of the original Commodore 64 games were released on disk in the US and on cassette in Europe as the disk releases were too expensive for the European market. I remember seeing diskette versions in stores as a kid, but I don’t think I ever actually owned one (or any of my friends for that matter). However, I think the disk versions of the original games are so much cooler than the plastic cassette versions we mostly had here in Europe. I guess it is like the feeling of holding a music album on a LP record compared to holding the CD version. I have therefore spend quite some time tracking down some of my favorite game titles on C64 diskette. I have managed to get sealed diskette versions of Zaxxon (Synapse 1984), Track & Field (Atarisoft 1984), Out Run (Sega 1987) and Rick Dangerous (MicroPlay/MicroProse 1989) which can be seen further down the post.

The underlying reason for the compulsive Commodore 64 game hoarding (which really doesn’t need a reason, right?), is that I want to see what all the ‘Video Game Authority‘ (VGA) fuss is about. The VGA is a company which verifies the authenticity of games, checks for signs of tampering and appoint each game with a standardized grade. In order to be eligible for grading, the games have to be originally sealed (I guess collecters don’t worry too much about what is inside the boxes when collecting stuff…). When the grading is all done, VGA seals the games inside high quality custom-crafted acrylic display cases and ships them back to the customer.

The services of the VGA have been critized a lot by the gaming community (e.g. the company is a scam, a hoax, they destroy the gaming industry, they raise game prices to mention a few). Quite often these accusations come from people with special interest in the field of console gaming (e.g. the Nintendo consoles), to which I am not too familiar with. However, I have not seen many comments from Commodore 64 game collectors on the matter. I do not know if C64 game collectors are more easy going or the monetary value of the games are proportionally (or maybe even exponentionally) smaller, hereby making the C64 games less prone to insane price tags as seen in the console market. Another explanation could be that C64 game owners simply shred the shrink wrap, open the game boxes and simply play the games as they were ment to in the first place…

Nevertheless, the four games described in this post are the only Commodore 64 games in my collection that are still sealed and therefore potential candidates for being graded by the VGA. It took me quite a while to collect the games and I have no intention of opening them nor selling them.  Thus, the VGA grading is not done for increasing the market value of my games and I am very aware of the possibility of wasting my money which certainly may end up being the case. Furthermore, the acrylic VGA cases seems to be quite child-proof and I sincerely hope they are sturdy enough to outlast the destructive hands of my two year old son! (Leave that boy unattended for a few minutes and he will find my stash of Commodore 64 gear, climb straight to the top shelf, find my precious shrink wrapped games and treat them like a puppy with a chew toy… I know he will… He’s crazy… I see it in his eyes…). I just have to see what the whole thing is about and report the experience!

The games that I consider sending off to be VGA graded can be seen here:

Zaxxon (1984) from Synapse was released in the US and is a classical space-arcade shooter with a 3D like perspective. Two versions of the game were developed for the Commodore 64. This version of the game is considered far more fun and accurate to the arcade by players. The other version was made by Sega and should have better graphic’s.  The game is in pretty good shape and the only flaw is that the frontside of the game box is slightly bending inwards. The story behind the the purchase is a little funny. I bought it on Ebay from a woman in Caracas, Venezuela. I did not realize this until I actually received the package. I guess drugs are problematic in Venezuela, as the shipping papers included a photocopy of the identification card of the seller, finger prints and signatures (in Spanish) that she was completely responsible for all the contents of the package. I assume that the game was X-rayed in customs as the shrink wrap is untouched… 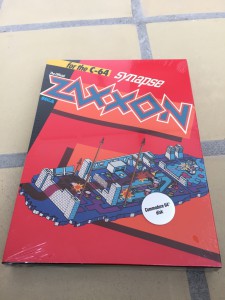 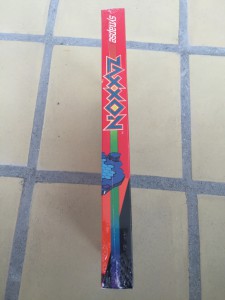 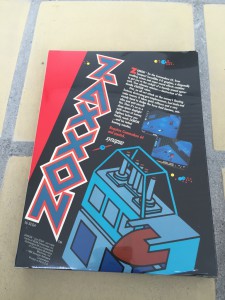 Track & Field (1984) from Atarisoft including a special arcade controller. This game came from a guy in Holland. The game has a tiny dent on the back (probably happended during shipping) and I may therefore not spend the money on a VGA grading. It may be worth more to me if I open it up and play it as it was intended to be! 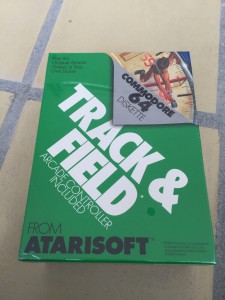 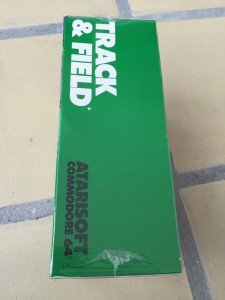 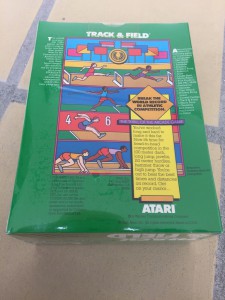 The gamecontroller looks like this. The white buttons are for running, while the red button is used whenever the character needs to jump or throw stuff. 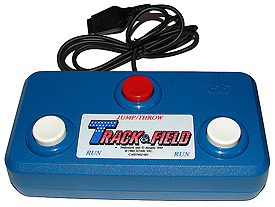 Out Run (1987) from Sega is a classic race game for the Commodore 64. I do not know how rare this boxed version is, but it does not look like the standard cover I remember. The box and the shrink wrap is not damaged. This is almost certainly going to be VGA graded! I got the game from Copenhagen, Denmark. 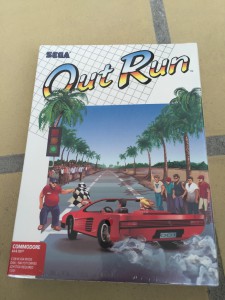 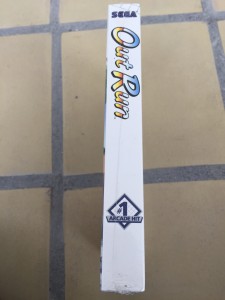 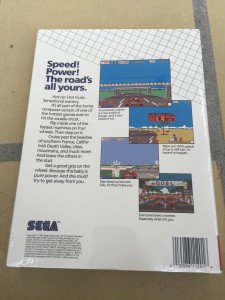 Rick Dangerous (1989) from Microplay. I already have a copy of this game (link), but this one is flawless! It came from a guy in Soul, South Korea and it was not the one imaged in his Ebay store! This one is in an even better shape!! This is probably the nicest game I have in my collection and I really hope this will get a high grade by the VGA. 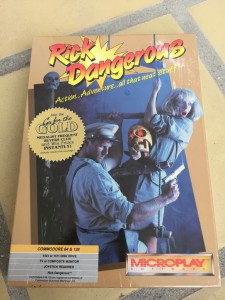 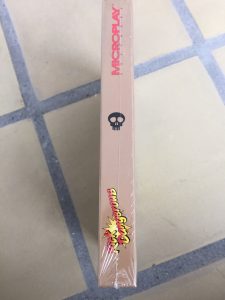 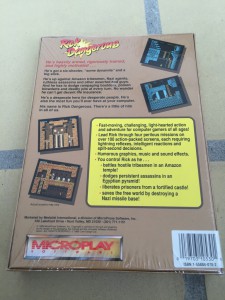 The VGA grading thing takes a few months, so it will take quite some time before I will be able to post pictures of the results.

Want to see how the games were graded? Check it out in this post (link).