Still a black screen. I then tried loading the cartridge game Jupiter Lander as this particular game bypasses the Kernal ROM. If it works, something may be wrong with the Kernal. 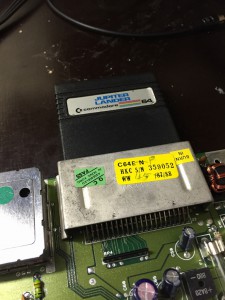 Still a black screen so the Kernal seemed to be fine. I then went over my previous solderings and I spotted two shorted pins. If looking closely at this previously shown image, the fault was created while replacing the first RAM IC at U11. However, the second RAM IC (U10) was still getting really hot, so I’m pretty sure it was burnt in the first place so removing it had to be done anyways. 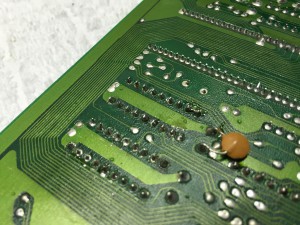 The mistake was easily fixed with a soldering iron. 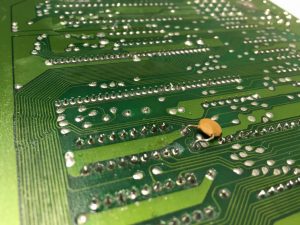 …and back came the sweet blue screen. So the MPU may not have been broken after all. Note to self, always check everything before moving on as faults may otherwise be created unintentionally… 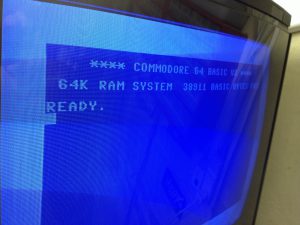 However, when testing the machine with a keyboard nothing happened. I tried another keyboard that I knew worked. Same deal – nothing. 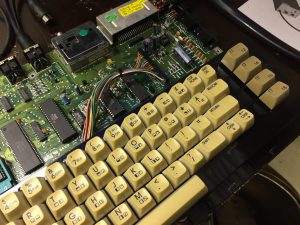 Ray Carlsen suggests that if cartridges work (Jupiter Lander did actually work at this point) but there is no keyboard access, the CIA (MOS 6526) at U1 may be the problem. I therefore removed the CIA IC using the same approach as above. 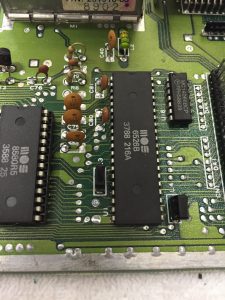 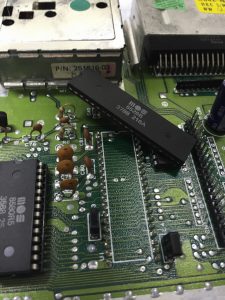 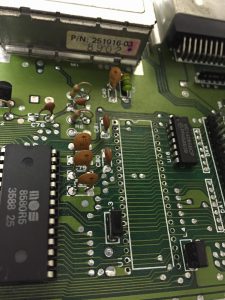 I soldered in another ZIF socket. 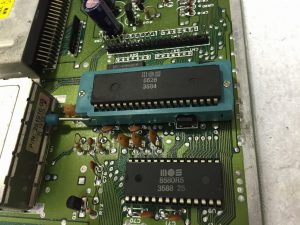 And the keyboard worked again. Thanks Ray! 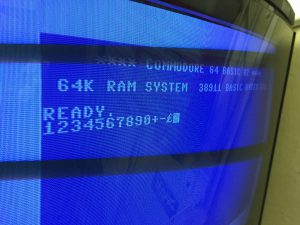 As a final step I tested everything with a ’64 Doctor diagnostic computer test’ cartridge. 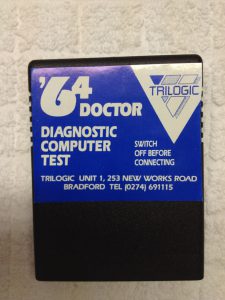 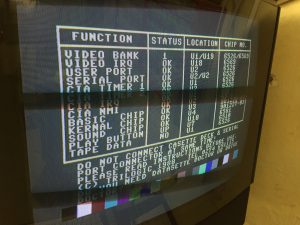 Everything worked and the machine had been brought back to life.

NOTE: ZIF sockets were installed during the repair job as this board was later used for ‘The ZIF Socket Mod’ as described here (link).