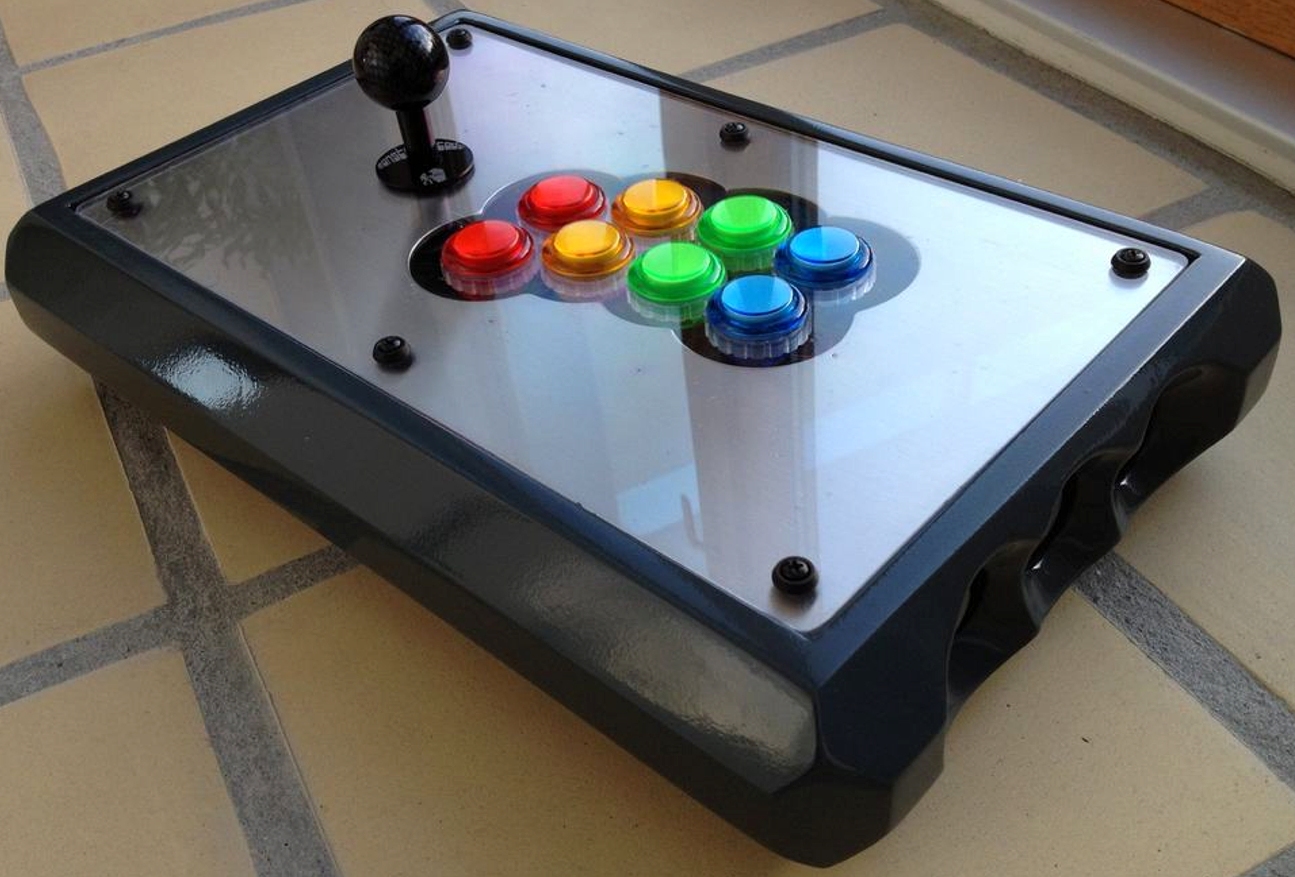 Just wanted to show off what I did in the dark months of winter. I wanted to build a fight stick which could be used for ‘everything’. This included a Neo-Geo MVS, a Commodore 64, a Xbox360, a PC and original arcade game pcb’s using a Super Gun. Thus, several things had to be taken into account if the stick should work across all platforms. In order to realize this, I used an Akishop PS360+ board, a Neutrik USB/Patch plug for the consoles/PC and a 15-pole midi plug for the Neo-geo MVS, the C64 and the arcade boards. All cables were wrapped in cable sleeves to keep everything clean and tidy. A carbon-look just adds something extra right? A total of around 100 cables were inserted into the stick…

The stick has been build using several layers of 20 mm MDF wooden boards, 3 mm stainless steel plates and 4 mm lexan platic boards. The joystick is a Sanwa JLF TP 8YT, the buttons are Seimitsu PS 14 KN 30 mm (arcadeshop.de) in MVS Neo-Geo inspired colors. RGB LEDs have been mounted into all buttons using a Sparky PWM SMD LED Controller PCB. The LED’s are Paradise Arcade Uila LED PCB S Flash. The controller and LED’s have been bought from focusattack.com. The LED’s can be programmed to light up in different colors depending on the number of buttons that are being pressed simultaneously.

The stick was primed 3 times, then 4 layers of paint were added and finally 4 layers of varnish were applied. This was done to make the finish of the stick as durable as possible.

As there is no galvanic separation between the ‘Ground’ and ‘Signal’ lines on the Akishop board, I had to buy a 12 pole 2 rotary position switch on Ebay. The switch changes the ground and signal for the buttons and joystick when it is turned. I bought it from a guy from the Ukraine who described the switch as ‘USSR Military Grade’ for the amount of 3 US dollarss – and it is indestructible! Turning the switch on the back of the stick lets me shift between the consoles and the old arcade hardware. 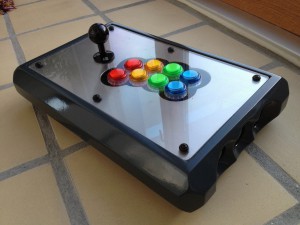 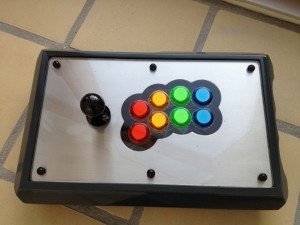 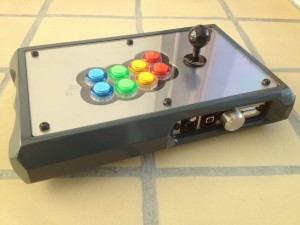 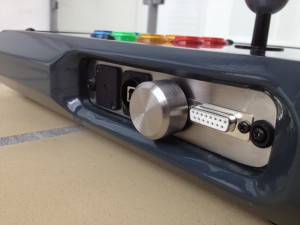 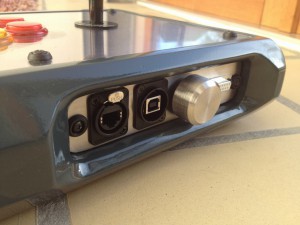 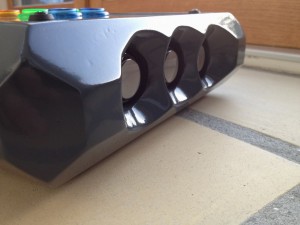 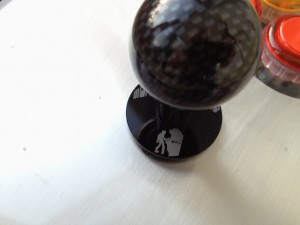 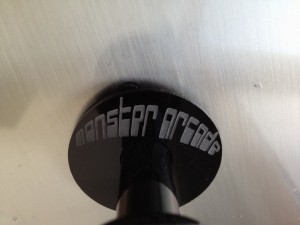 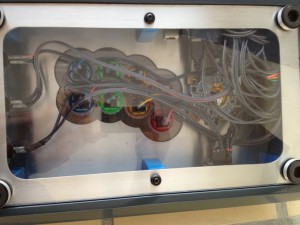 4 comments on “The Universal Fight Stick”