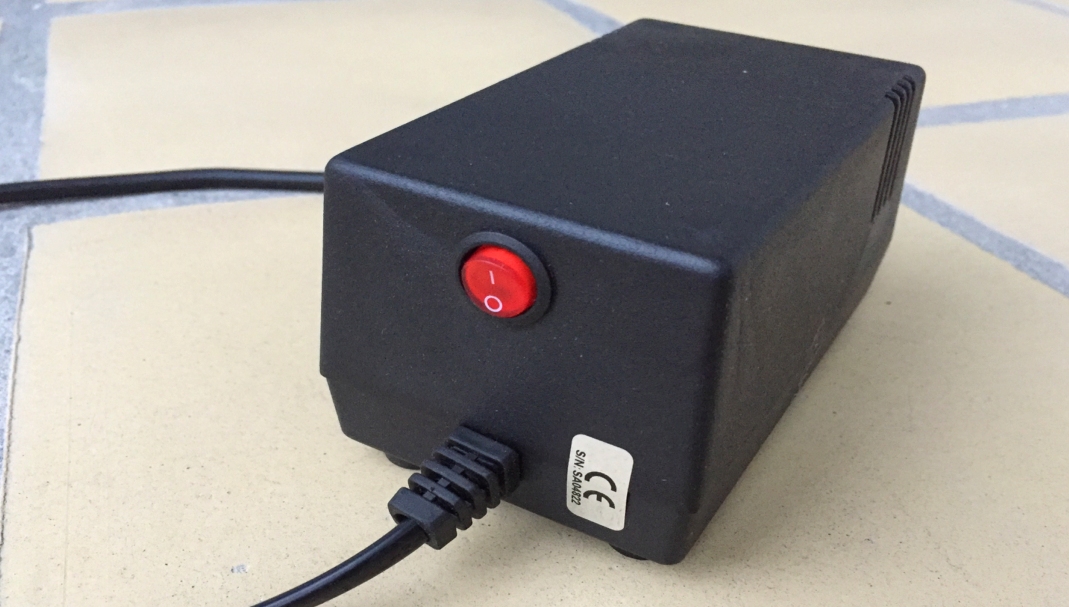 Replacing the original Commodore 64 power supply may be the single most valuable step to prolong the life of the old hardware! The main issue with the original C64 power supplies is the 5V line. When it eventually fails (and it will!), from e.g. a shorted internal 5V regulator, it will put excessive voltage into the computer and damages delicate chips such as the RAM very quickly. Even if the power supply is measured before being used, it can still fail after it warms up hereby making it kill the C64 silently… The best protection is therefore to either add a protection circuit to the original power supply or simply get a modern day power supply with the safety circuit build-in. I still use an original beige C64 power supply with a Computer Saver by Ray Carlsen (link) which functions by quickly cutting off the 5V supply line to the computer if the voltage exceeds about 5.4V. However, being able to purchase a brand new power supply for my old Commodore 64s with a build-in safety circuit would be the perfect solution to the dreaded problem.

In this context, Electroware from Poland (link) offers brand new power supplies for the Commodore home computers including the C64, the C128, the 1541-II and the Amiga. I bought the version for the Commodore 64 for 40 Euros (about 46 USD) + shipping from Poland. It is called the C64 PSU and the power supply has stabilized 5VDC (2A) and 9VAC (1.11A) outputs using heavy-duty transformer units. It also has an over current/over voltage protection circuit and all parts are fully isolated. The device has a round ON/OFF switch on the front, a status LED and a long output cable of 1.9m.  The little black gem looks like this and should make the use of my Ray Carlsen Computer Saver cable unnecessary…

The C64 PSU from Eletroware comes in a small cardboard box with a small booklet with instructions for proper use. The front of the device holds a red ON/OFF switch. When the device is turned on, a green LED lights up inside the case which can bee seen through the venting holes on the side of the unit. I would personally have liked the status LED to be integrated into the power switch, but maybe that is just me… Nevertheless, everything looks nice and neat and seems to be well build.

The internals of the PSU consists of a small PCB, two transformers, a power LED and an over voltage protection circuit.

There are numerous ways to test a power supply. As I do not own special equipment to measure e.g. ripple noise of the unit I therefore used my multimeter for the tests. For comparison, I also tested several original Commodore 64 power supplies as well as a state-of-the-art power supply from Ray Carlsen. I used an Assy 250469 short board for all my tests. The machine had no peripherals attached (e.g. 1541U-II, SD2IEC, tape deck etc.) so it was as basic as it could be.

The Original and the Ray Carlsen Power Supplies

Ray Carlsen’s power supply gave me values of 4.98VDC and 9.42VAC as shown below. His power supply was the only one with values relatively close to the 9VAC.

According to Electroware, the over voltage safety circuit should be simple, fast and reliable. It is based on a crowbar protection circuit and a TVS diode. The circuit is set to trigger around 5.2-5.3V. With the PTC fuse, filter and cable voltage drop, no voltages higher than about 5.1V should ever reach the Commodore 64 main board. Sounds pretty good to me! I don’t want to worry about frying anything which is the main reason for buying a new reliable power supply in the first place! It was now time to see how the new Electroware C64 PSU performed in comparison to the +30 year old power supplies.

Measurering the 5V line of the C64 PSU from Electroware consistently gave me values below 4.73V… The value of the power supply therefore seems a little low in comparison to the original ditto. Usually, when the 5V line is low (<4.8V) it is caused by either a bad power supply or a chip(s) demanding a too high current. As I use the machine for various tests (all MechBoard64’s are tested in this machine as part of the QA procedure), I’m sure it works flawlessly. I have even removed the SID chip and the MechBoard64 as it has a little ShiftLock circuit that is powered by the 5V line. This did not change anything. Thus, I suspect the low value to somehow be caused by the power supply itself and not the short board – more on that below.

The 9V line was measured directly at the power plug and yielded values of 11.50VAC which is exactly what the specification of the Hahn BV EI 481 1291 transformer states when not being loaded. In my opinion I think this value is a little to the high side, but as I never use e.g. a cassette deck, this is not really a turning point for me.

As I was concerned that my PSU was faulty (especially the low 5V values concerned me quite a bit) I contacted the nice people at Electroware to have them comment on my findings. Their chief engineer made quite an effort to answer all my questions. Below is a resume of his lengthy explanation in more general terms:

The 5V line of the C64 PSU outputs 5.05VDC at the transformer. The voltage drop I measured is therefore caused by the long output cable (1.90m), the 5VDC in-line output filter, PTC fuse and the over voltage protection circuit. The normal output voltage of the C64 PSU on a regular C64 should therefore be around 4.85V. Apparently, I’m the second or third person pointing towards the 5V voltage being too low… Good news for me and the other two concernd users 🙂 is that the voltage of the 5V line may be updated in a future release of the power supply. According to the developer, the increase in voltage can simply be achieved by using a thicker/shorter output cable, different secondary fuse type with a lower resistance and perhaps a different filter. However, this does not change the output voltage I get from my current unit… Nevertheless, the good news is that Electroware is considering releasing a ‘Pro’ model with an even  bigger power supply dedicated to heavier machines (carrying modern peripherals like the 1541Ultimate II+) with more power and an adjustable voltage output so that the users may set their own voltages to match the 5VDC exactly on the C64 main board. Well, Electroware count me in whenever that is relased  🙂

Electroware’s chief engineer commented on my concerns regarding the low 5VDC values (<4.73V) I measured and explained that Commodore 64 ICs have a +/-10% (or more) supply voltage tolerance so they should work fine with voltages in the 4.5-5.5V range in  most cases. He elaborated that the 10% tolerance is actually quite wide so Electroware’s PSU have tolerances of +/-5% which would be values in the 4.75-5.25V range. By aiming at the lower values of the range, the risk of frying delicate chips has been reduced even further. Nevertheless, the relatively low values I got when using the C64 PSU in a very basic system concerns me in relation to stabillity issues. I know by experience that if just one chip is not functioning right in a C64, weird faults start to surface. If such a case should actually occur, I might end up exchanging precious chips instead of just replacing the PSU as it may be very hard to tell what is actually causing the issue. I know I’m most likely just being over-concerned and seing things that are more theroretical as I have no practical experience to back it up. To Electroware’s defense, I have not in any way experienced any instability issues while using their power supply! So in the end, it may just be me that think too much and imagine things that are not really there 🙁

Regarding the high voltages of the unregulated 9VAC line that in the no-load state is around 11VAC, will only drop to 9VAC when the power supply is fully loaded (10VA). As devices using the 9VAC line only draws a few hundred milliamps, there is therefore no real way to test this properly on real hardware. I’m therefore no personally particularly concerved with the 9VAC line of the C64 PSU Electroware.

So what do I think of the C64 PSU from Electroware? Well, it’s well engineered, it’s cheap compared to the alternatives (e.g. Ray Carlsen’s power supply), it’s  build from solid parts, it runs cold, it has enough power for most users and the over voltage protection is set sufficiently low to save the internals of any Commodore 64. The developers seem to really know their hardware and have made quite an effort to balance cost, over voltage protection and power in a small unit. I therefore truly believe, that the C64 PSU will work flawlessly in most Commodore 64 systems without too many power hungry peripherals. This is also what Electroware reassured me of after selling hundreds of units without complaints.

Nevertheless, even with a pre-set value of 4.85V (which I find kinda low), my measurements of 4.73V in a completely un-loaded system without any external parts attached (e.g. 1541U-II, SID chip or even a MechBoard64) is simply too low for my personal taste. I’m truly afraid that it will cause instability issues whenever I start adding power hungry hardware (which I certainly do 🙂 ) that draw more power from the C64 PSU. Until Electroware relases their ‘Pro’ model (which I believe is a must-have item) with the adjustable voltage option, I’m therefore back to using my good old original beige Commodore 64 power supply with Ray Carlsen’s Computer Saver cable attached. I really don’t like to take any chances in regard to stability issues, even if they are just theoretically, when I start adding other parts to my machines (which I really enjoy…).