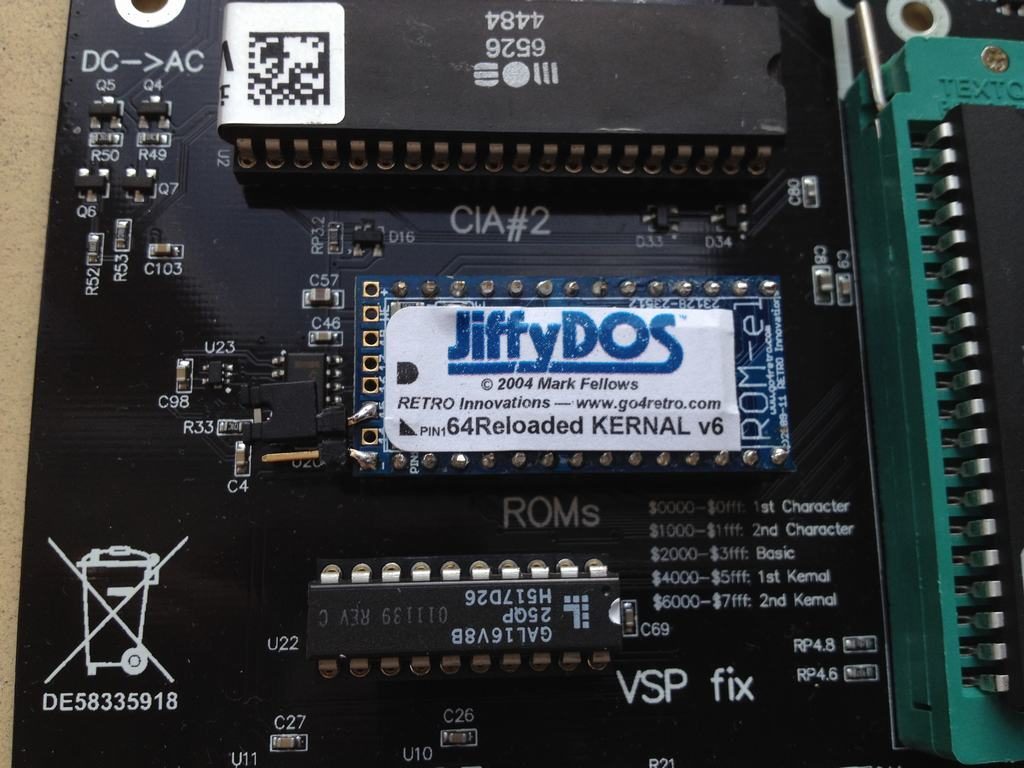 On the C64 Reloaded boards, all ROM images have been burned into a single EPROM chip. As described by Individual Computers, this ‘…gives some extra space for a second Kernal ROM and a second character set’. As I will be using the C64 Reloaded with my JiffyDOS loaded 1541 Ultimate II, I ordered a JiffyDOS kernal IC from Retro Innovations.

First I tested it with the the jumper removed from the C64 Reloaded JiffyDOS ROM so the machine booted directly into JiffyDOS at startup. In this mode, the standard CBM Kernal is 2nd. I then attached my 1541 Diskette Drive which had already been modified with a 1541 JiffyDOS ROM from Retro Innovations as described in the 1541 JiffyDOS Mod.  The ‘@’ command showed the message of ’73,JIFFYDOS 5.0 1541, 00,00′ indicating that everything worked as expected. I got the exact same information when I did it with the 1541 Ultimate II attached. So that worked as well. 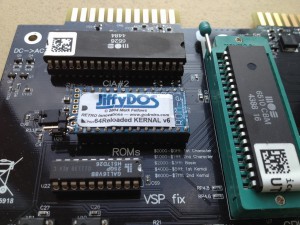 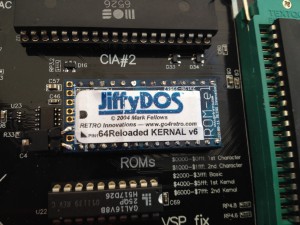 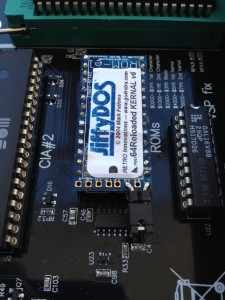 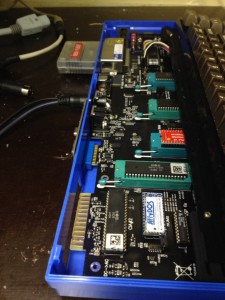 As a side note, despite which Kernal is active (CBM or JiffyDOS), using the reset function of the power switch will reset the system back to whatever Kernal that was active before resetting. This is a neat feature as it is not neccesary to repeat the Kernal swap drill over and over again every time a new game is loaded.

UPDATE: Want to burn your own EPROM with JiffyDOS? Find the tutorial on how to do it here.