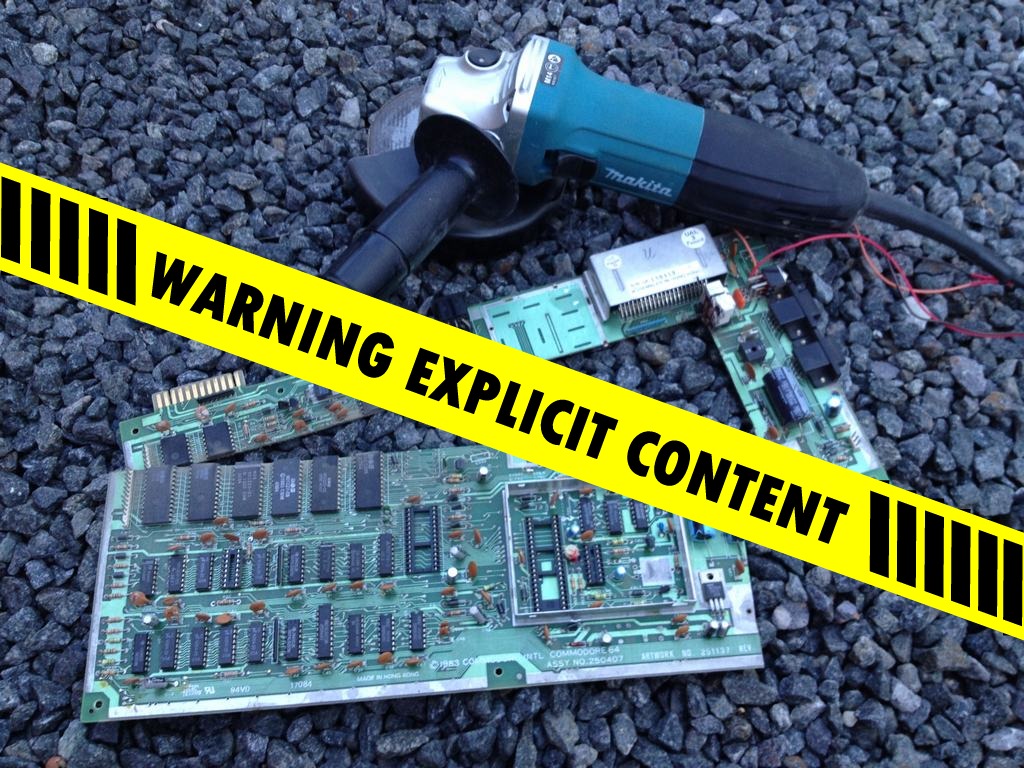 Ever wanted to have the coolest door stop of all time? A door stop your (‘nerdy’) friends will envy you for? To have a piece of hardware to show your allegiance to the Commodore 64! This is how my door stop dream came true…

I needed a door stop for my newly build garden shed. As I wanted the machine to imitate that it was still working, the power LED should turn on when I flipped the power switch and the electronics should reside on the inside. For the project I used an old Assy 250407 board that I’ve used for spare parts and an old discolored and dented breadbox case. 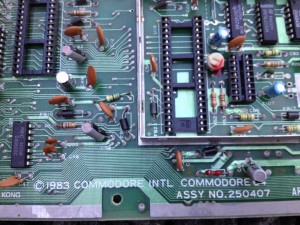 To make the machine look like it could still be working, I wanted to preserve the PCB parts that could be seen through the cases openings. The PCB was therefore chopped to make room for the extra weight that had to go into the machine using an angle grinder. 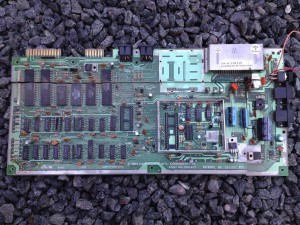 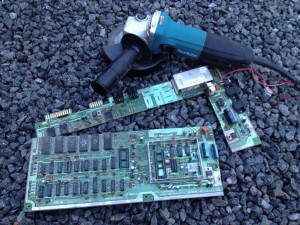 Then a couple of plastic bags were filled with small stones and put inside the machine for extra weight. 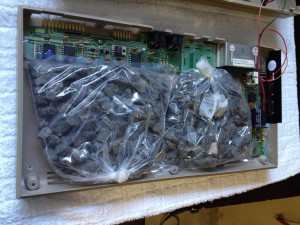 As the original red LED had been removed for another mod job, a blue one was inserted. A 48Ω resistor was added to the plus side of the LED to keep it from heating and eventually blowing up. I bend two of the legs from the back of the power switch before soldering the wires on. I used a small 4.8V NiCd battery pack that I had laying around for powering the LED. The final image shows the attachement of the leads to the power switch just before the lid was put back on. As evident from the image, the power plug had been removed for another reapir job I did. 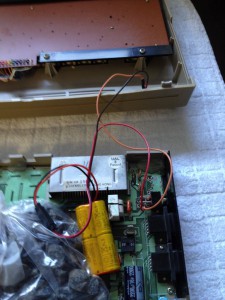 The final result with the blue LED in action. 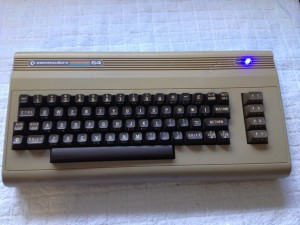 The ‘C64 Door Stop Mod’ in action. I tested it on the terrasse door as well – its an universal door stop so it is not specifically made for garden sheds… 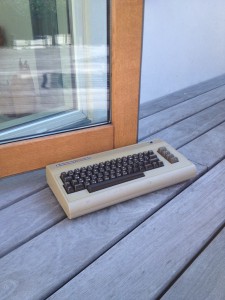 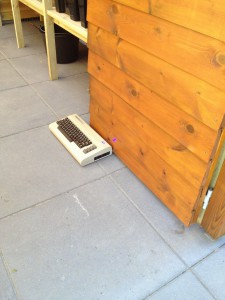