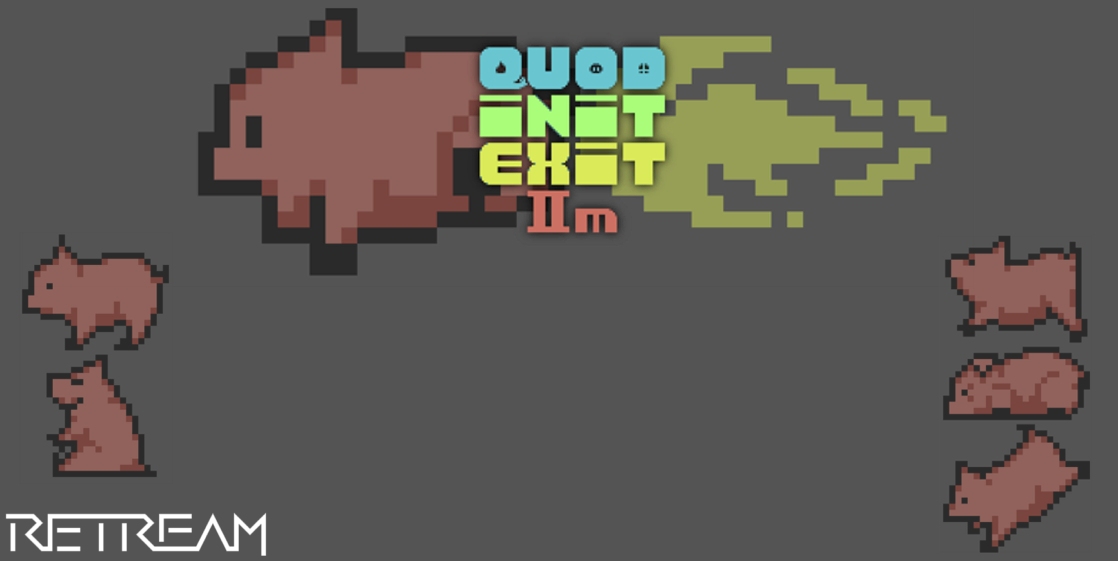 What may seem like a very silly idea at first, may just turn out to be great when placed in the hands of creative and skilled people. Here is an example: let’s make a platform game for the Commodore 64, have the main character take the form of a little pink pig, have the swine leap further by farting, let the glutton eat to satisfy its tummy, have the pork chop candidate collect potties for the local witch so she can make a porcelain goddess and save the world… Well, that pretty much sums up the little platformer Quod Init Exit IIm from game developer Retream (link). The IIm is short for secundus minimus and refers to this game being the short sequel to the highly acclaimed Quod Init Exit (link) which is Latin for ‘whatever goes in, comes out‘….